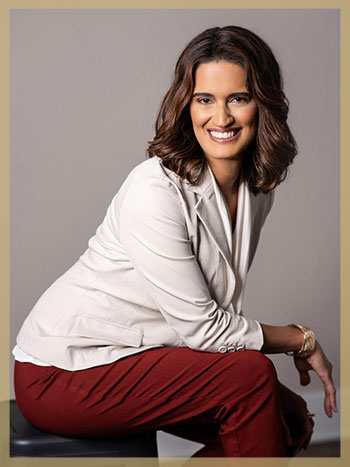 Attorney Fernanda Hottle is a native of Rio de Janeiro, Brazil. At age 23, she obtained her first Juris Doctor degree from the Universidade Federal Fluminense in Rio. While in law school in Brazil, she did an internship with the Public Defender's office and worked as a paralegal for a real estate company. Upon graduating and obtaining her license to practice law, she worked as a solo practitioner. She also worked at the local Bar's Superior School of Law (Escola Superior de Advocacia) teaching Professional Responsibility and Ethics to candidates to the Bar Exam.

It was at John Marshall where Ms. Hottle had a more in-depth contact with Immigration and Naturalization Law. Of course, as a native of Brazil and married to an American, she has gone through the steps of obtaining legal permanent residence, and later becoming a proud American citizen. Law school gave her the opportunity of learning about the process through a different perspective, and she fell in love with it.

While in law school in the U.S., Ms. Hottle worked as a legal assistant in the areas of Workers' Compensation and Social Security Disability, and as a paralegal in the area of Immigration and Naturalization Law. After graduating from John Marshall, passing the Georgia Bar Exam and working for a couple of years as an associate attorney, Ms. Hottle made the decision of starting her own practice. That is when The Hottle Law Firm, LLC was born. Now with her own practice, Ms. Hottle strives to provide her clients with a personable experience. Her motto is "Treat each client as if they were your only client." Even with a busy practice, she makes herself available to talk directly to her clients whenever they need her. 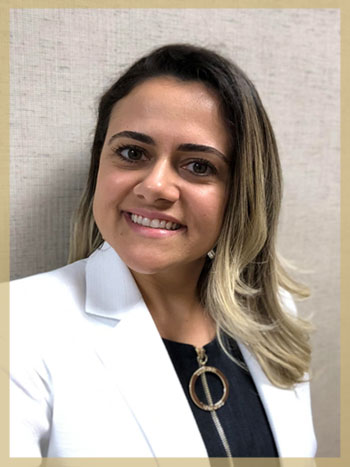 Cecilia de Araujo is a native of Goias, Brazil. At age 23, she obtained her Juris Doctor Degree from UniGoias – Anhanguera University (Brazil). She also has a Postgraduate Degree in Civil Rights from Candido Mendes University (Brazil), and she clerked for a Judge for 11 years.

Ms. Araujo moved to Atlanta in 2017 and joined The Hottle Law Firm, LLC in 2019 as a paralegal. Her focus is on assisting clients, preparing forms and submissions to USCIS, researching legal matters, scheduling consultations for prospective clients and responding to case inquiries. She is grateful for the opportunity of helping others through her work at the firm. Ms. Araujo is fluent in Portuguese and English

Gabrielle Almeida was born in New Jersey and moved to the Atlanta area at the age of 7. She is currently pursuing a Bachelor's degree in Criminal Justice and hopes to one day continue her education through attending law school. Gabrielle joined the Hottle Law team in 2021 and has enjoyed the experience of assisting clients and learning more about immigration law. Gabrielle is fluent in English and Portuguese, and conversational in Spanish.

© Hottle Law Firm | Atlanta. All Rights Reserved.
Disclaimer: Use of this website does not constitute representation by counsel and does not create any attorney-client relationship.

© Hottle Law Firm | Atlanta. All Rights Reserved.
Disclaimer: Use of this website does not constitute representation by counsel and does not create any attorney-client relationship.